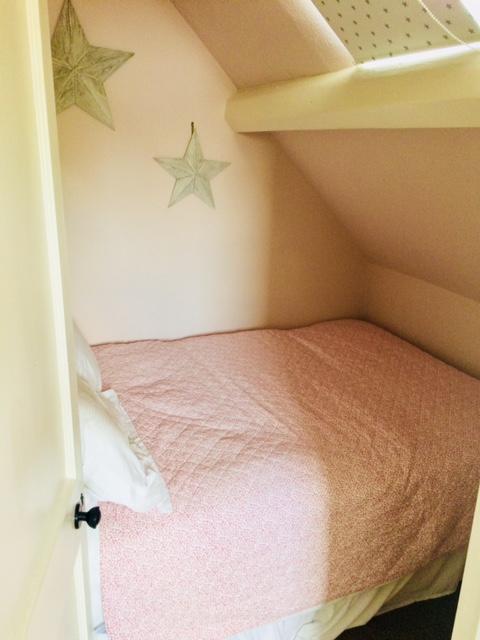 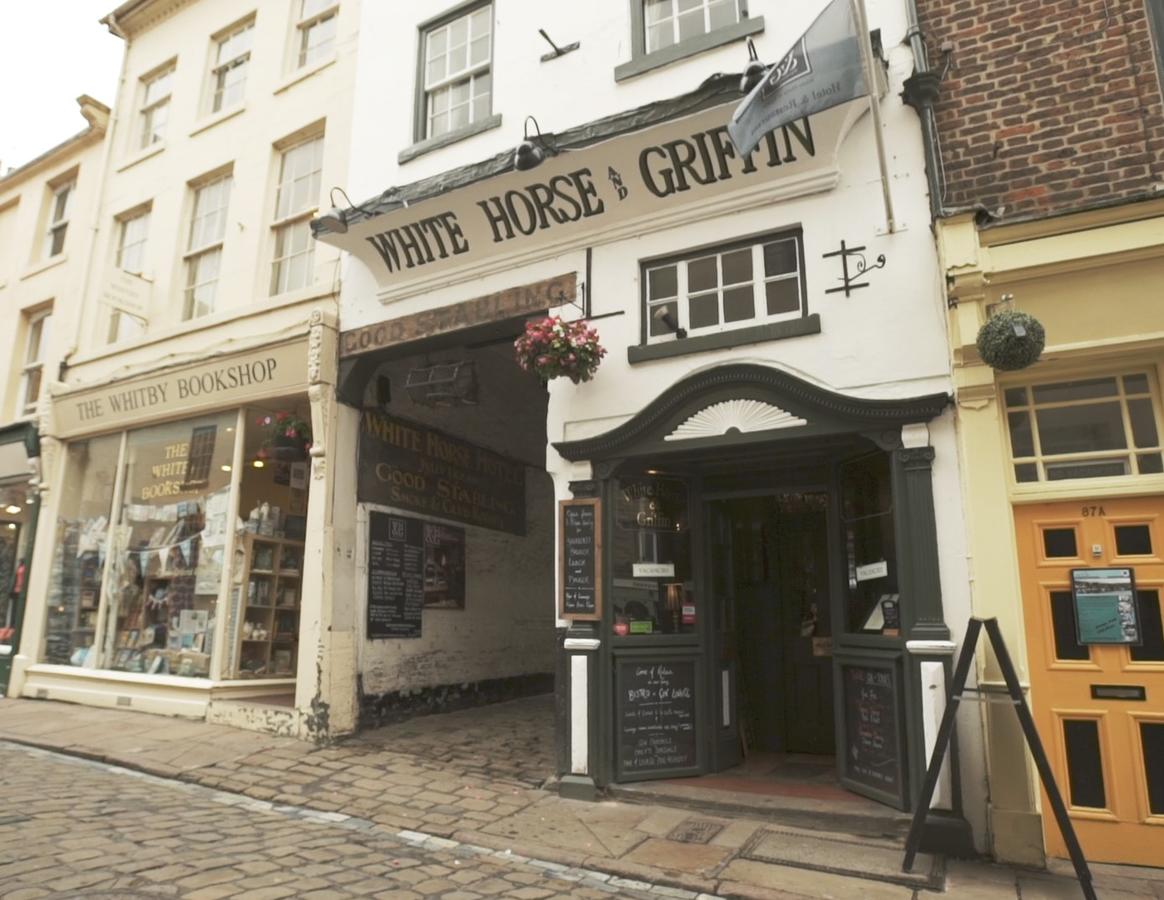 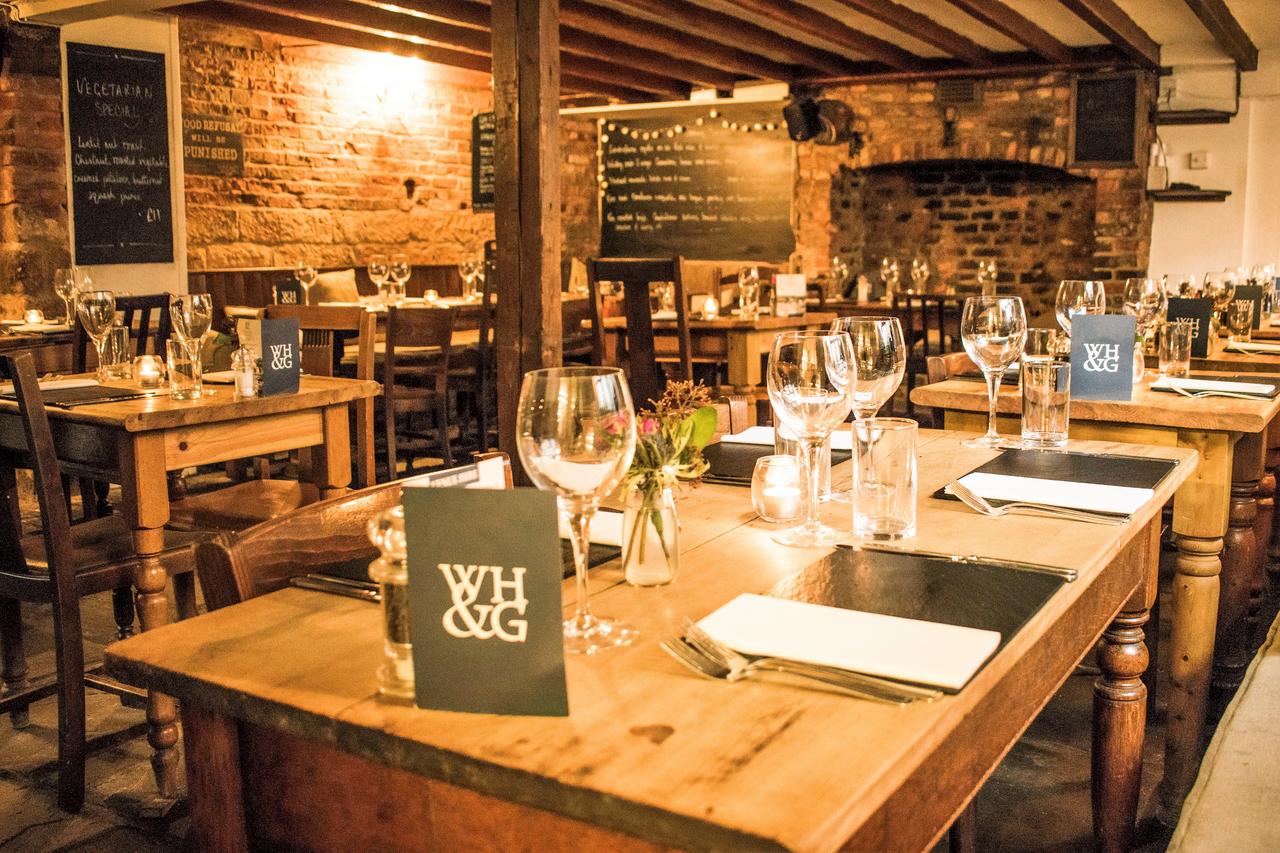 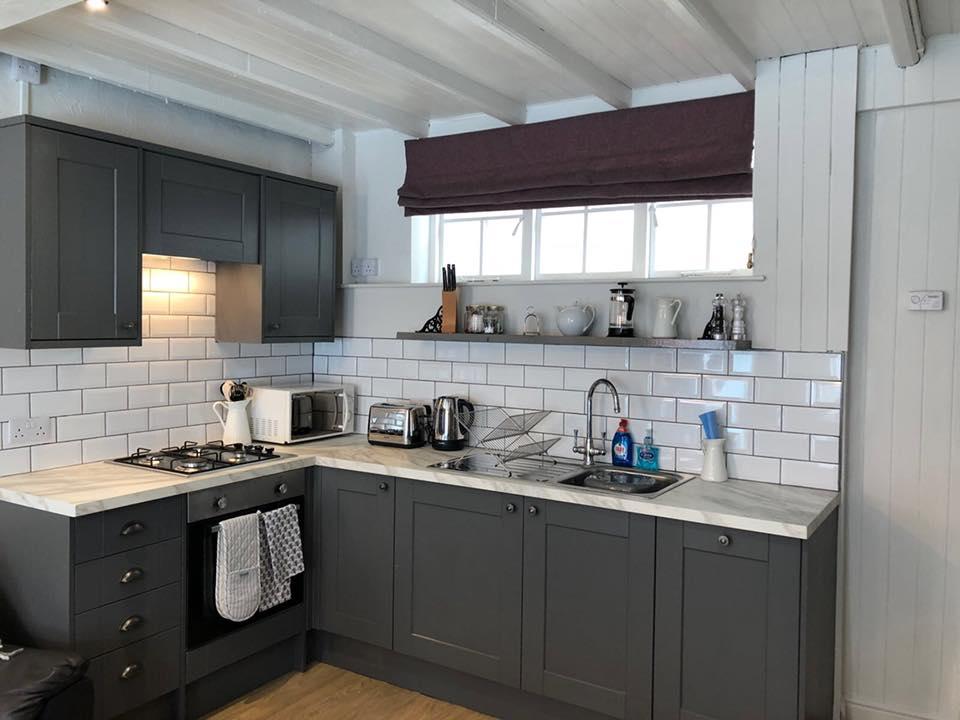 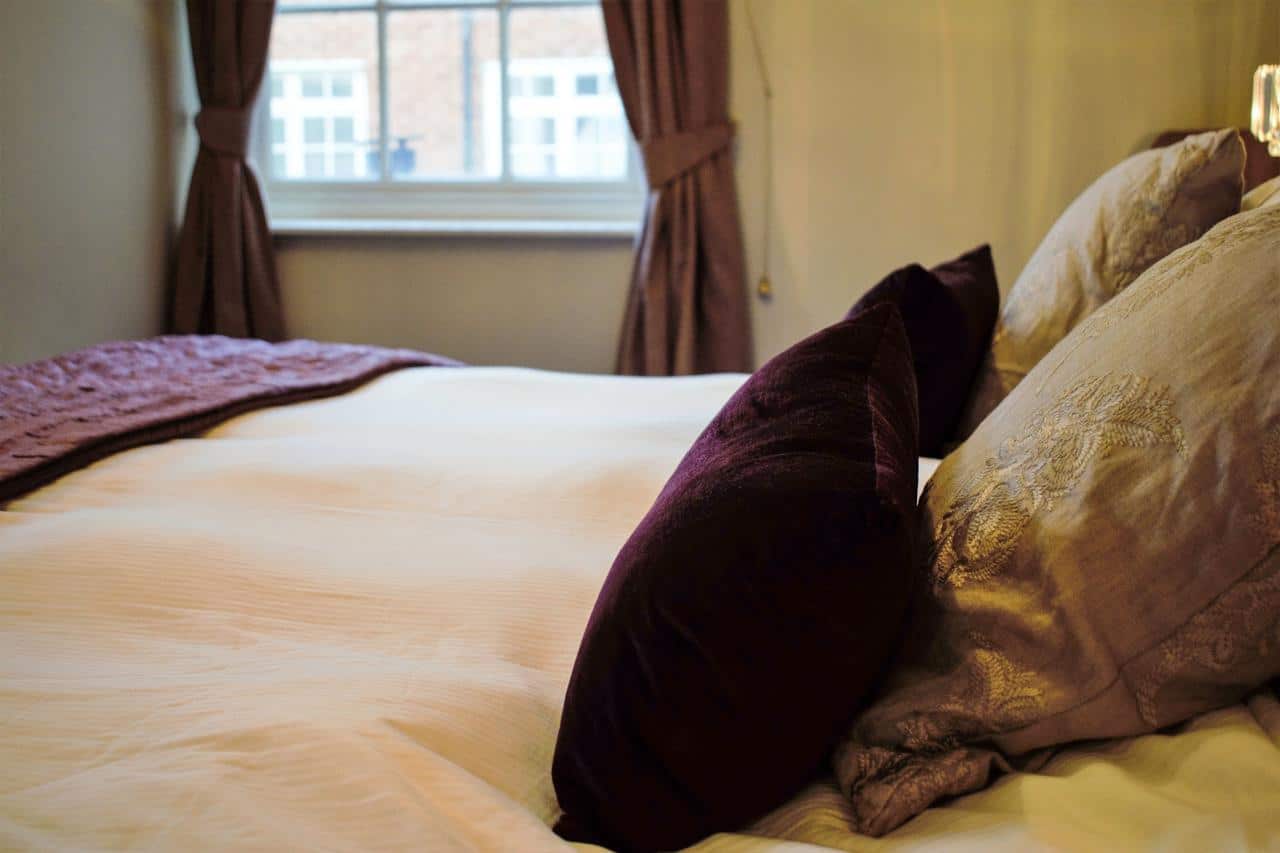 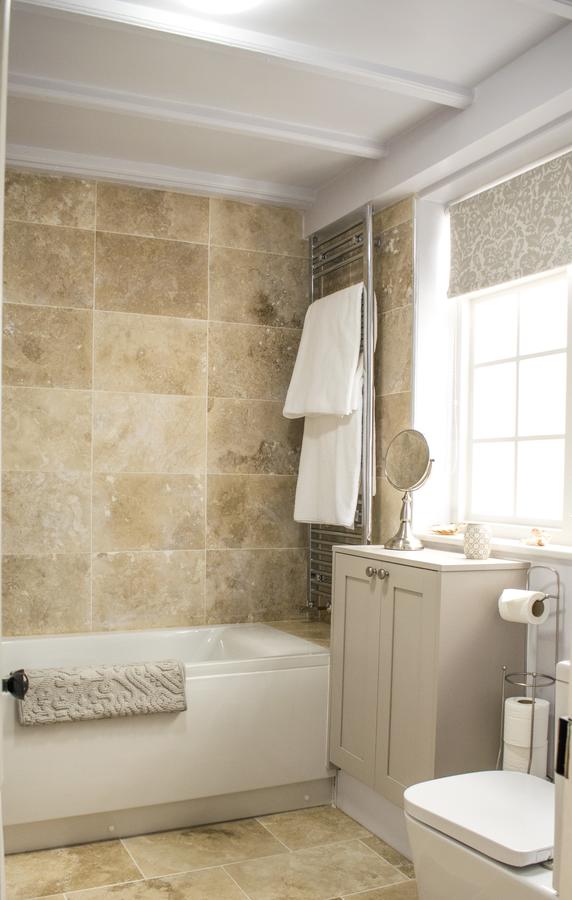 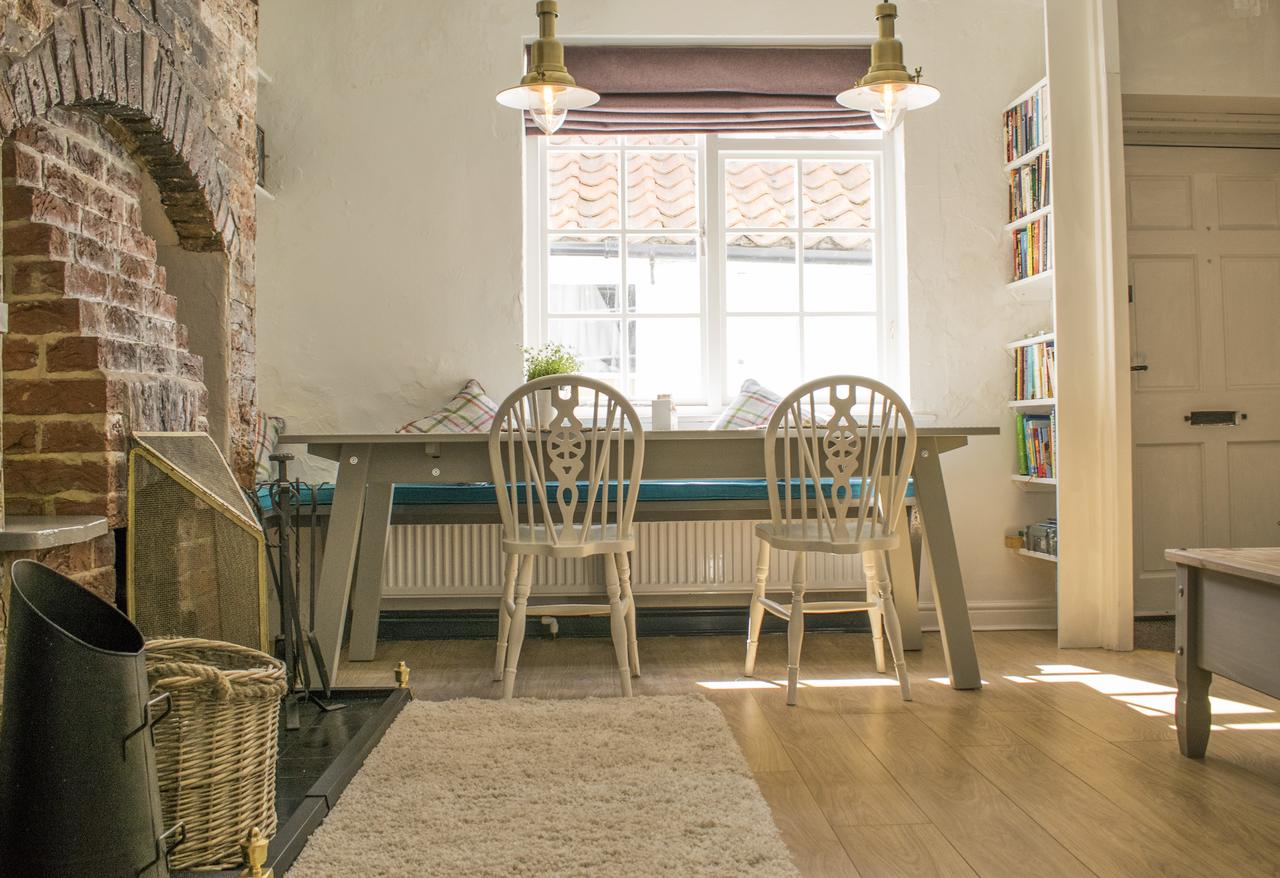 Set in a 17th-century building, this guest accommodation is one of many that serves local, fresh seafood in its restaurant and has elegant rooms.

Whitby’s sandy beach is less than 10-minutes’ walk from the White Horse & Griffin.

Tea and coffee facilities are provided in all rooms. Some rooms have original features such as bare stone walls or a wooden-beamed ceiling.

A log fire features in the White Horse’s bar and bistro, which serves both vegetarian and meat dishes.

Whitby town centre and Rail station are within a 5-minute walk of the property along with many other Whitby hotels.

. Whitby’s Grade I listed abbey, and the top of the 199 steps that connect it to the seafront, can be reached in less than 10 minutes on foot.

Other hotels in Whitby can be found here thehotelcollection.co.uk

This is our guests’ favourite part of Whitby, according to independent reviews.

Whitby is a true place of beauty, set among beautiful stretches of coastline with spectacular cliffs, beaches and bays.

It’s both a traditional and historical maritime town, a popular seaside resort and that still features a thriving fishing port.

Around the harbour and the older part of the town you can enjoy a walk down its old cobbled streets.

Aligned with its picturesque houses, which will take you down to the Whitby’s sandy blue flag beach. The town offers a fantastic place for a short weekend break or a longer holiday period.

Whitby is easily accessible by both road and train, within easy reach of the neighbouring towns and city’s.

The town of Whitby also lies within the centre of the coastline of the beautiful North York Moors National Park, so for anyone who also enjoys wide open scenic spaces, this could be a real advantage.

The North York Moors were designated as a National Park back in 1952 and feature one of the largest expanses of heather moorland found in the UK.

If you are the type of person who enjoys walking, hiking, horse riding or cycling, this beautiful area could offer you some fantastic places to roam and explore. Whilst enjoying the fantastic local scenery and wildlife. The National Park has a network of rights-of-way tracks and trails which spans nearly 1,400 miles in length throughout most of the marvellous open countryside.

Back along the coast around Whitby there are some lovely scenic coastal footpaths which offer a great way to discover and visit many of the secluded coves and small beaches along this stretch of picturesque coastline. For day trips out from Whitby you could also visit some of the local neighbouring towns and villages located near by like Robin Hood’s Bay, Sleights, Ruswarp, Staithes or Staintondale.

Robin Hood’s Bay is a lovely postcard fishing village located about 5 miles south of Whitby Hotels, with its magnificent bay a must for any visitor’s itinerary; here you can bask in the beautiful surrounding scenery from this naturally sheltered bay.

It is speculated whether Robin Hood visited this bay, as the old English ballad of French pirates who came to loot this area of the north coast. The old story tells of Robin Hood fighting the pirates, where after they surrender to Robin and his merry men, where he then returned the stolen loot to the local people and the bay was thereafter given his name.

Whitby Deals Of  The Week